Las Vegas is their Kingdom...sex and power are their currency....

He's built like a beast, he rules like a king, and he f**ks like a god. As president of the Savage Raiders MC, Odin works hard but plays harder. He can have anything and anyone he wants…and he has. He revels in it. It isn’t arrogance when it’s true—and every woman knows that being with him is like dying and going to…Valhalla.

The Savage Raiders is the richest, hardest, and deadliest MC in Las Vegas, and they rule with an iron fist…which makes getting what they want that much easier.

So why isn’t she giving him a second look? And why does he f**king care that she wasn’t falling for his charms, his name, or his money? And why the hell does he want her more than he's wanted anything else in his life? She's built like a Norse goddess, is fierce and badass, is sexy as hell.... And she's hurtin'...bad. It takes everything in him not to ride in on his chrome and black horse and ravage her enemies...especially when they hide in plain sight.

One look at his Valkyrie is all it took to bring him to his knees. So he's going to make her his queen—and damn whoever gets in his way. 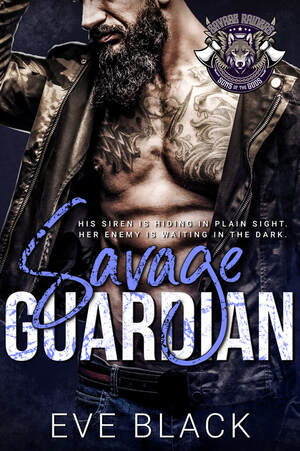 A beast by nature and attitude, Hawk is known throughout Vegas as man as hard as steel, and as deadly and determined as his road name. But those people who fear him, who loathe him and what he stands for, they don’t know what he truly desires.

He fell in love with her voice—haunting, heartbreaking, vocal sorcery. But she was a mystery, never showing her face, and living in the shadows of her own growing fame.

She can’t stay hidden forever, though. And once he finally meets the woman who owns him heart and soul, he is left hollow. She isn’t who he thought she was. She’s hiding something.

But one mistake and everything just might fall apart. So, he’ll do whatever it takes to keep his Siren safe, even if it means destroying everything she holds dear.